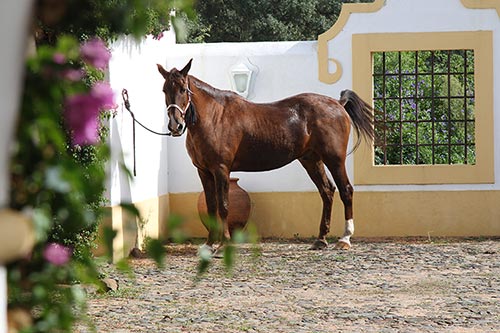 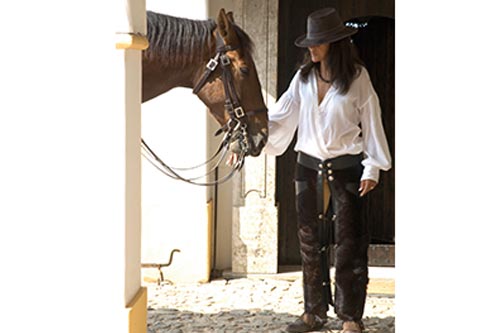 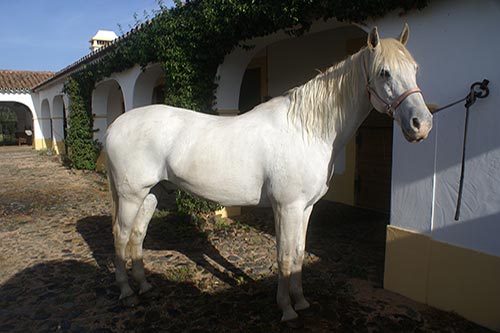 HORSES AND STUD FARMS
HORSES AND STUD FARMS
The horses of Herdade da Chaminé are excellent ride horses of good studs, that have been chosen for their beauty and temperament.
Guests can enjoy a magnificent riding experience not only around the Herdade da Chaminé, but also through the surrounding properties.
Monforte, the closest town to the Herdade da Chaminé, has been the site of horse racing since the Roman times. We are proud to have in this area an owner and breeder of Arabian horses, Armando João Moura, (brother of the well-known bullfighter, João Moura) who exports these beautiful animals to the United Arab Emirates.
Estates in the region: Tiago Tomé, Alter, Paulo Caetano, Armando João Moura. 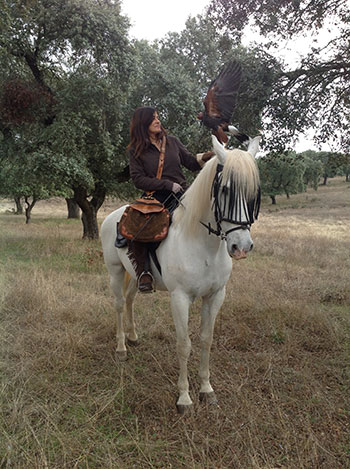 HUNTING WITH HAWKS
In Portugal, the falconry exists since the beginning of the first dynasty. During the reign of King D.Fernando, in 14th century (1367-1383), this activity was very common. We should refer the importance of the famous Book of Falconry "Pero Boy, whose publication was ordered by the king. The king himself was concerned with issues related to the health of birds of prey. The original book Pero Boy was lost, and only a few copies of the 17th century remained, including the more reliable which are presently stored at the National Library.

With the loss of independence to Castile in the sixteenth century, the falconry in Portugal was maintained only by few people. However, in 1616 the most famous treaty on falconry in Portugal - Art of Hunting Altaneria- by Diogo Fernandes Ferreira, was published in Lisbon. This is an ancient work that looks into all the details of falconry and is presently considered an ex - libris of literature of the seventeenth-century, a testimony of the traditions of that time. The author might be seventy years old when his book was finally published.

During the eighteenth century, after the restoration of independence and due to the discoveries made in Brazil, the Portuguese Royal House resumed the practice of falconry with great enthusiasm, having its own premises in "Royal Falconry Salvaterra de Magos". Under the direction of teachers coming from the Netherlands, considered to be the best in Europe, the "Royal Falconry Salvaterra de Magos" could compete with the best Houses in Europe.

Many birds came from abroad as a gift to the king, among them (in 1764) the most beautiful Gerifaltes (Falco rusticolus) of Iceland, a present of one representative of the Danish Crown. In 1765, sixty hawks came to Portugal and were trained and kept in the Royal Falconry Salvaterra de Magos. In the early nineteenth century, with the absence of the Portuguese Royal Family who was living in Brazil, the royal Falconry was gradually relegated to oblivion.

Until the twentieth century, this sports type was only practiced by a handful of enthusiasts, who later founded the Portuguese Association for Falconry ( APF ), among them Nuno Velloso de Sepúlveda , Natalia Correia Guedes , Alfredo Baptista Coelho and José Albano Coelho Veloso . Furthermore, it is worthwhile to mention the name of the great painter - and mathematician, astronomer, expert and pistol marksman Constantino Fernandes, who died in 1920.