THE ROOMS
Among the many details inside the rooms that will ensure your comfort, we point out the private baths, the central heating and the orthopaedic king size beds.


Arabic Room
Alentejano Room
Brown Room
Conchita Cintron Room
The room Conchita Cintron was inspired by this great bullfighter, who became famous in 1936. Her golden years lasted until 1950, when she retired from bullfights.

In spite of living in a mans world, she was always feminine, even practicing this sports modality.

The pink colour transpires her femininity: the headboard's design, the brush strokes of the bullfight squares.

Beyond her high performance on bullfighting on foot and on horse, she has always had this very feminine attitude that made her an icon in the bullfight world. She was honored several times in many countries /cities like Madrid, Colombia, Venezuela, Paris, Cuba, etc, and the last tribute to her was in México in 2007.

Conchita Cintrons photographs that we can see in this room, represent a bullfight on horseback, in Seville and Barcelona, and the others show a bullfight on foot, where she challenges the bull, on her knees, in Venezuela.

For her high performance and elegance, Conchita Cintron is the best theme among all the themes used in the other rooms of Herdade da Chaminé.
Marta's Room 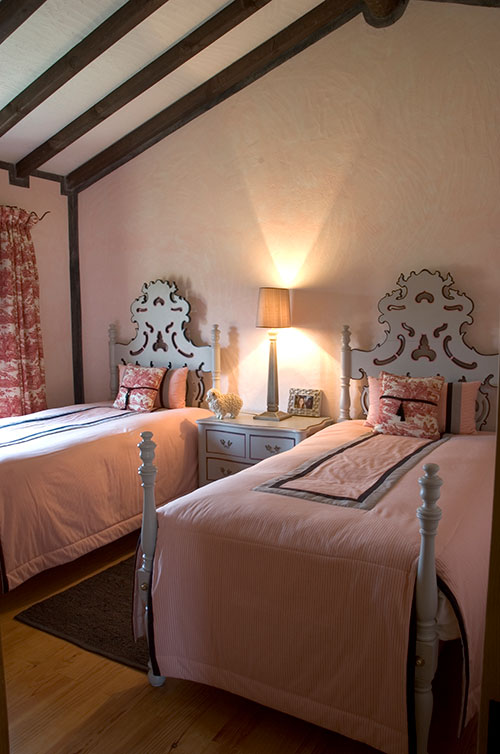 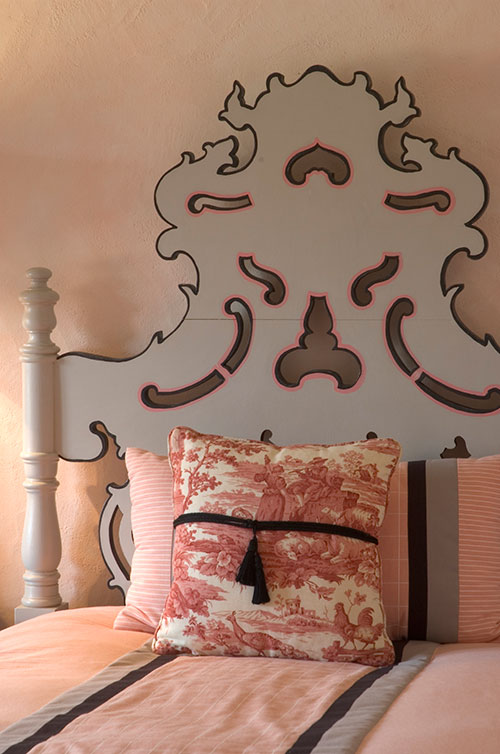 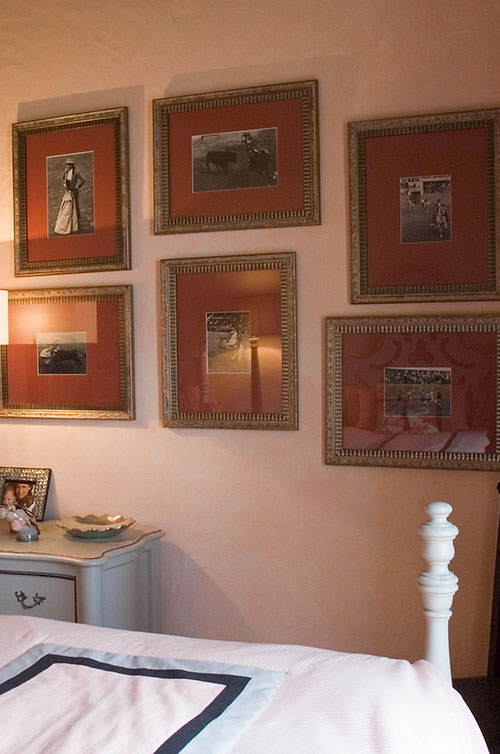